So the yahoos at Apartment Therapy ran a post last week that touched a nerve. The post was about kitchen desks, but that’s not grand enough so they refer to them as kitchen offices. “We spend lots and lots of time in out kitchens and we’re so busy nowadays we’d be lost without being able to run our empire from a super cute kitchen office like this one.” I’m paraphrasing but not really. 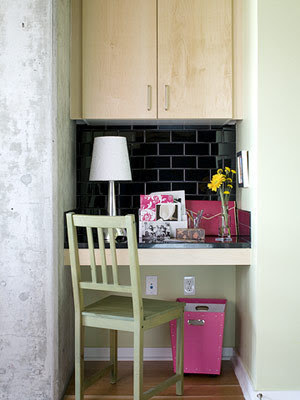 The gushing was directed toward the desk in the photo above. I suppose that if you’re a nine-year-old and your empire consists of a front yard lemonade stand, a desk such as that would be fine. For anyone over the age of nine, it’s going to come up pretty short.

I rip out kitchen desks so often it’s practically a side line. I rip them out and replace them with something meaningful, like a pantry, because nearly every kitchen desk I’ve ever encountered was the size of the one above. The current owners can’t use it as a desk so it ends up the repository for the junk that has no other place to go. Here are a couple of shots from my Before files. 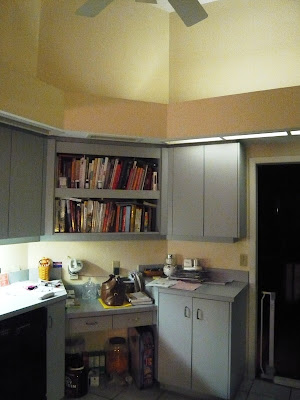 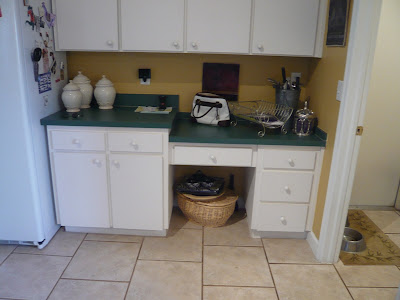 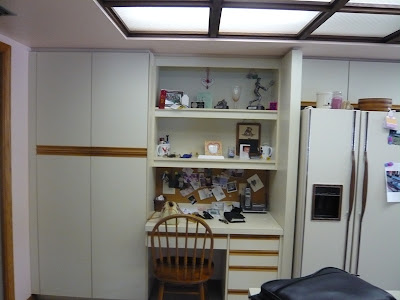 The owners of those desks would be mortified to see them plastered across the screen like this, but they prove a point. Kitchen desks are a waste of money and space. Besides, who sits at a desk in the kitchen anymore? Am I wrong? Do you have a desk in your kitchen that you use and love? Or is it the junk repository?